SkyCity loses license after the company was expected to construct a plan to attract overseas players in 2013. Today it’s safe to say the company has failed. The government in New Zealand was looking for a new convention center in Auckland in a bid to lure overseas visitors.

In exchange for a casino licence, SkyCity agreed to spearhead the project. The company was willing to pay for all the construction costs and in return, the government would have to extend the casino license which was expected to expire in 2021. However, as it stands it seems as though none of the plans has materialized.

Moreover, the government agreed that they would permit SkyCity to operate 230 additional new pokie machines as well as 40 more gaming tables at the gaming property. The government was also in agreement t0 extend the casino licence by 27 years up until 2048. 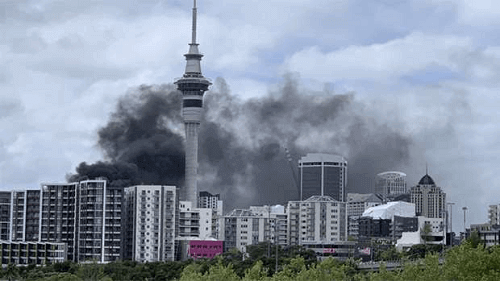 SkyCity was in charge of constructing the venue, sourcing the land as well as financing. Originally, the venue would cost a total of NZ$400 million but in 2019 the funds went up to NZ$750 million. This following a fire at the construction site gutted the new roof.

By then, the completion of the property was close to completion. It cost between NZ$220-250 million to fix the damages. And the launch of the centre was moved to January 2025. SkyCity stated that the damages would be covered by insurance and the company would spend 40% of its market cap on the property.

In March 2019, things took a complete turn. SkyCity loses license. The casino did not record any visitors at its Auckland property. However, the online part of the company was doing very well. When it comes to overseas visitors, the company was recording very low numbers.

SkyCity’s casinos attract a lot of Chinese travellers who are also high roller players. So, when the pandemic hit, the casino made a huge loss. The company makes between NZ$18 to NZ$123 million from Chinese high-rollers alone. This accounts for 40% of the company’s growth.

Unfortunately, in the past quarter, Auckland’s overseas visitor numbers dropped 99.4%. And what is even more saddening is that Auckland’s VIP turnover will remain low for a long period compared to other regions. It seems as though the property will not recover any time soon.